NHE Comedy Fundraiser at Ashworth by the Sea on Friday, January 27th at 7:00pm!

Every year, New Hampshire East Eagles hosts a comedy night out for our team's families and friends. All proceeds help scholarship efforts for families in need of assistance to allow their kid's to continue playing hockey. Join us this year to help those funding efforts!

Doors open at 6:30pm and show starts at 7:00pm. Comedians attending are Jimmy Cash, Ken Richard, and Mike Koutrobis. There will also be a silent auction featuring memorabilia from some of New England's most iconic sports moments.

Congratulations to our 19U Team for winning the 2022 Tier II Girls New Hampshire State Championship!

Hosting the 2022 19U Girls Tier II New Hampshire State Tournament was a privilege. After going undefeated in the GSL regular season, our NHE 19U Girls put on a show at the State Tournament. They went 3-0 in round-robin play, securing themselves into the Finals. What progressed into a chess match of a game with some of the best 19U Girls in the state, NHE came out on top with a 2-0 win over a great NE Wildcats team. New Hampshire East is very proud of our players and extremely thankful for them, their families, and all the coaches involved. We are looking forward to Regionals next spring! 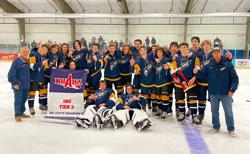 Congratulations to our 18U Team for winning the 2022 Tier III New Hampshire State Championship!

The team traveled up to Ham Arena in beautiful Conway, NH. After a solid regular season posting a 12-1-3 record, the boys continued their success into the State Tournament. There they went 3-1 and captured the 18U Tier III NH State Title in a come-from-behind victory over a tough NE Wolves team. New Hampshire East is extremely proud of our players and is very thankful to our coaches and families for all the time they have put into this season. 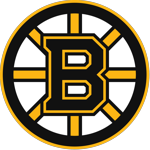 Happy to announce the NHE will be hosting another year of the Boston Bruins Learn to Play program. This is a great 4-week program that includes getting your players outfitted with gear! Head to the link here to get signed up. If you don't have a player for this program, we appreciate the share!

The Board of Directors of NHE would like to announce the selection of Jeremy Tufts as the new Director of Hockey.

After several interviews, the Board made its unanimous decision based on Jeremy’s significant experience both as a player and as a professional official. Prior to this announcement, Jeremy served as an official in the American Hockey League and Hockey East. In two seasons in the Hockey East, Jeremy has officiated over 70 games including one Beanpot, two Conference Championships, three NCAA Regional Games, two Frozen Fours, and one National Championship.

In addition to managing the day-to-day operations of NHE’s youth hockey program, Jeremy will be proactive in developing our athletes to enhance their performance skills, game technique, and endurance.

Cam Stoddard, our current Director of Hockey, will assist Jeremy over the next few months during this transition. 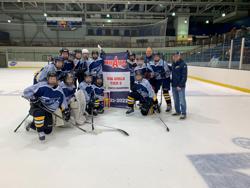 After a hard fought weekend in their second season, NHE's U16 girls go on to win the NHAHA Tier 2 Championship. It was a battle that ended with a score of 2-1 with goals from Maggie Farwell in the 1st period and the game winner from Ashley Smail half way through the 3rd. Congratulations to players and coaches!

Excited to see what our U16 and U19 girls will do once regionals are here in the spring!

NHE's Squirt 1s were able to send representatives to compete in a fun Boston Bruins 1v1 challenge over the weekend at the TD Garden. Great fun for all involved!

If you follow local high school hockey (both girls and boys), you’ll notice that the articles in the news are filled with NHE players having great seasons.  We wanted to shout out to our NHE players on the Exeter team that are having a great season.  Congrats to Keegan Knight, Liam Walsh, Henry Fraser, and the rest of the team on their exciting season.  Read about their latest win against Bedford High School on Seacoastonline here.

NHE Midget Coach and Board of Director member Pat McDonough was selected to take the helm of the University of New Hampshire’s Women’s Club Hockey Team.  The Wildcats compete in the highly competitive American Collegiate Hockey Association (ACHA).

Pat is a homegrown coach who competed with NHE Midget teams when he was a youth player.  He pursued his passion of coaching shortly after graduating high school.  Over the years, he has coached NHE teams at the Mite, PeeWee, Bantam and Midget levels and earned his USA Hockey Level 5 Certification in 2014.  He was an Assistant Coach for Portsmouth High School from 2011 to 2017.

From 2017 to 2020, he led the Concord High School Girls Varsity squad amassing a record of 43 wins and 17 losses and culminating with being crowned the NHIAA Division I Co-champions in March 2020.  In 2019 he was selected to coach a girls U14 team at the New England Development Futures Camp.  In March 2020, Pat was recognized as the NHIAA Girls Hockey Coach of the Year for the 2020 season. 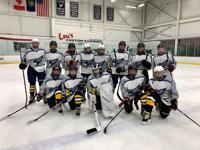 In their inaugural season the U16 NHE Eagles girls team has started the season 3-0 with back to back shutout victories this past weekend over the Seacoast Spartans and Boston Jr. Huskies! The team’s goalie, Rylee Smith, has been outstanding in net allowing just 2 goals over the first 3 games. Lacey Carciero leads the team in scoring with 4 goals and three players are tied with 3 goals apiece – Jenna Connelly, Halle Greenleaf and Peighton Ridge. Hannah Coleman, Kate Deans and Jane Whitten lead the team with 3 assists each. The team is firing on all cylinders and Head Coach Jamie Deans has high expectations for his team in both their Eastern Selects Girls Hockey League as well as in the Granite State League. The team will be tested over the next two weekends with games at the Junior Crusaders, East Coast Militia and New England Wildcats leading into a Columbus Day Weekend Tournament against other top local teams.

September 15, 2020: Attention U10-U14 only. Please check the www.nhhockey.com website for Granite State League (GSL) schedules. There are games posted but they may not be updating to this website. This is being corrected. Though some teams don't have GSL games this weekend, it is suggested that players and parents familiarize yourselves with this website, for updates on standings. 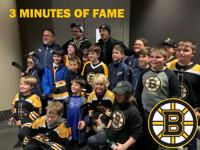 Boston, MA: NHE’s Squirt 2 team took the TD Garden ice on Sunday, December 1st in front of a huge Boston Bruins crowd. As the Bruins and Canadiens left the ice after the first period, the Squirt 2 team skated on to the ice and for the next 3 minutes, were cheered on by the roar of the crowd as they passed the puck, scored a few goals, and soaked in the biggest of hockey stages. Likely motivated by the strong showing of the NHE team, the Bruins turned a 1-0 deficit into a 3-1 victory.

After the game, the team and parents were treated to a special meet and greet with Bruins star Brad Marchand. The Bruins scoring phenom took photos, answered questions, and signed autographs for the NHE family. Connor Clifton also took the time to sign a few autographs, and the team also had a chance to See Zdeno Chara up close.

Congrats to the players and their families for a special night full of memories.

To watch Coach Carnes’ video of the event, click here. 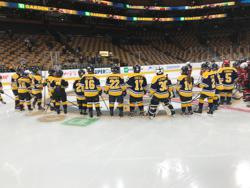 NHE's Squirt 3 team recently visited TD Garden and had the opportunity to play a game on the Garden ice and  watch the B's take on the Winnipeg Jets.  Sounds like it was an awesome time!!! Thank you to the Boston Bruins for this awesome opportunity. 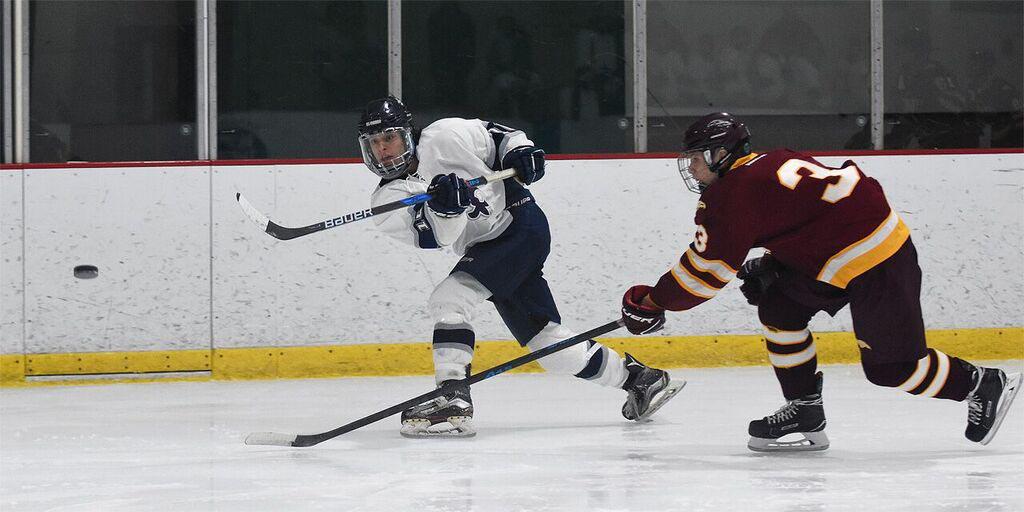 Additionally, congratulations to Keenan Gamache and Mark Engholm from York HS in Maine on being selected to the Maine Class B All State Team and Senior All Star Team respectively.

Latest Announcement from NHE Board

There is a lot happening at NHE. Learn about Refunds we will be sending out, Try-outs, our new Girls Program and many more exciting  things......